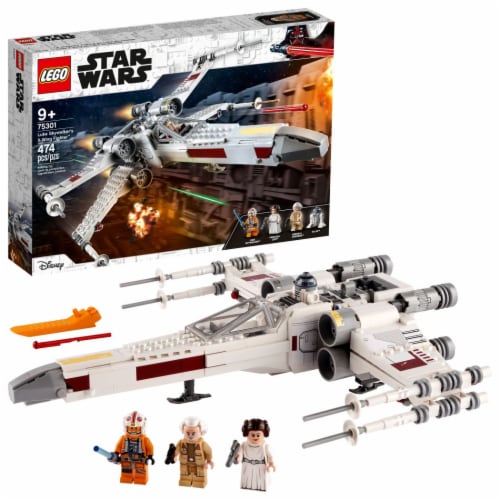 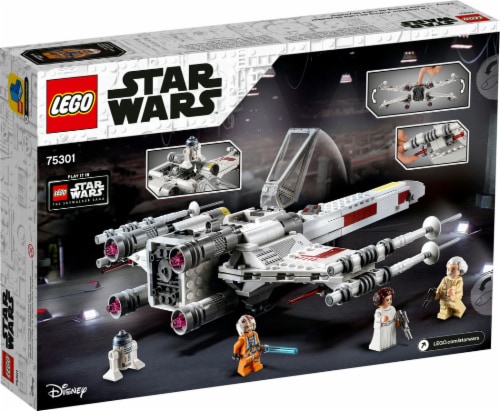 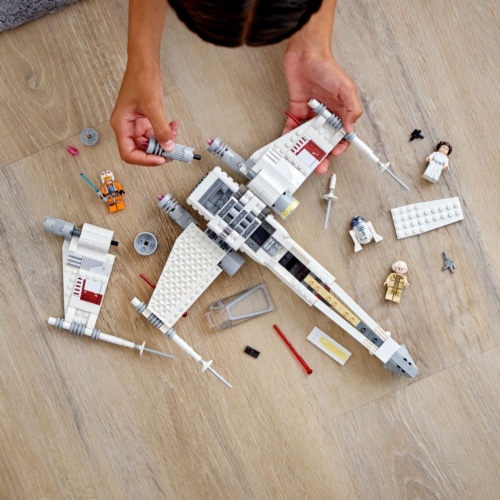 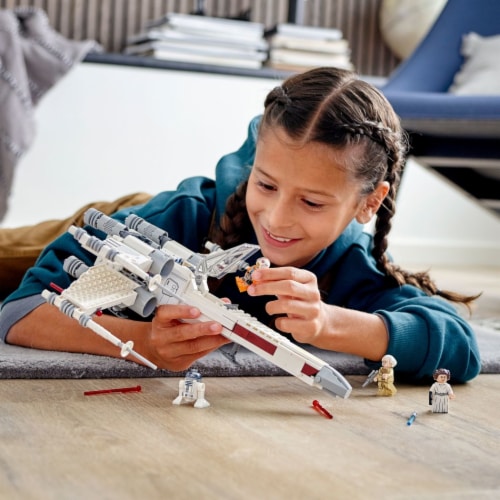 Children become heroes in their own epic stories with this cool LEGO® brick version of Luke Skywalker’s X-wing Fighter (75301) from the classic Star Wars™ trilogy. It’s packed with authentic details to delight fans, including an opening LEGO minifigure cockpit with space behind for R2-D2, wings that can be switched to attack position at the touch of a button, retractable landing gear and 2 spring-loaded shooters.