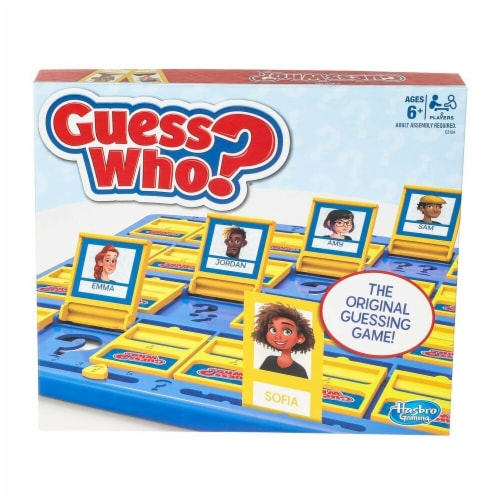 Hover to Zoom
Item 1 of 3 is selected.

Guess Who® Board Game

Guess Who is both super simple and super fun to play! It's a guessing game that both kids and adults will enjoy and learn from, and a fun way to spend more time with your family! The game is designed for two players and, unlike some games out there, there aren't a bunch of tiny parts to get lost around the house. Players pick their own character for the other player to guess and then take turns asking questions to eliminate all the cards in front of them until only one remains - if you've played the game right, that will be the other player's card. The trick is to guess your opponent's card before they guess yours and you can only ask questions that have a yes or no answer like "Does your person wear glasses?". Kids love to knock down the flaps with the characters faces on and grown ups will get enjoyment from seeing their little faces light up. It's also quite an educational game it gets kids focused on asking detailed questions that can only ask closed-ended question.

Warning: Not recommended for children under 3 years due to choking hazard.