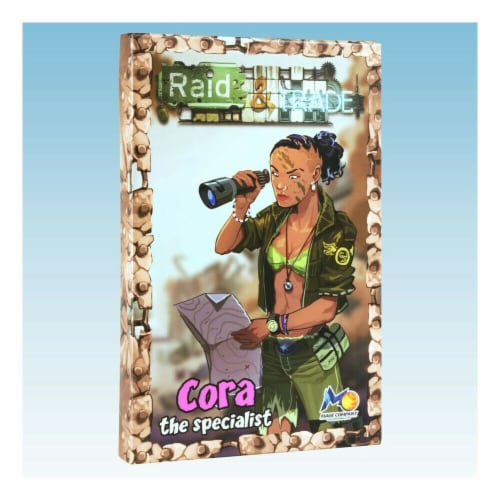 Cora the Specialist is a unique expansion and the sixth character for Raid & Trade. Originally from Hawaii, her knowledge of survival and hunting were taught to her from a young age by her father. Once a demolitions expert in the military, she worked with mercenaries all across the country. . . until she found herself outside the Golden City. With her knowledge of explosives, she's trying to blast her way past the competition to finally find sanctuary within its hallowed walls.

As a survivor of the third world war, you must prove yourself worthy of entering the Golden City-humanity's last bastion of civilization. Whether working cooperatively with fellow players through trading, rummaging materials, and crafting useful goods, or simply taking what you need with force, you'll fight to earn your way into the Golden City.