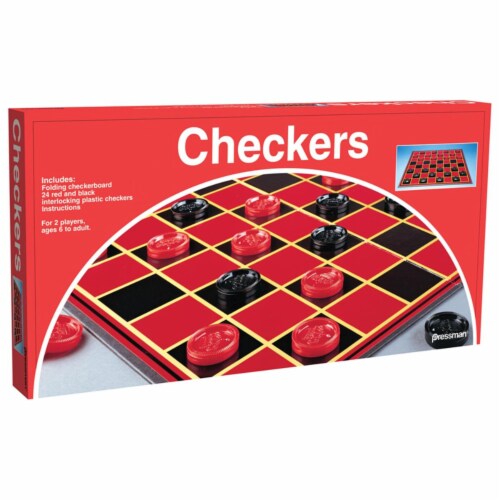 The all time favorite Includes folding game board solid interlocking plastic checkers and rules For 2 players ages 6 to adult THE OBJECT OF THE GAME To capture all of the opponent s men or block them so they cannot be moved The checkers are moved diagonally and each player moves alternately one of his men in order to capture an opponent s checker he must be able to jump with his own man over his opponent s checker when there is a vacant square behind Single men may move diagonally forward When a checker has reached the last row of his opponent s side it becomes King and then may move diagonally forward or backward The King is crowned by placing another checker on top of it Features . Checkers 24 Red Black. Pack of 6 Specifications . Color Black