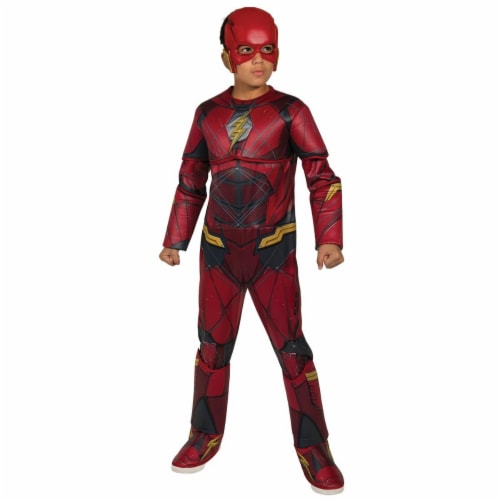 Team up with Batman and Wonder Woman in our Children's Justice League Deluxe Flash Costume. Barry Allen isnÃ†t the original Flash but has possibly been the most popular iteration of the hero. He has been the main character of numerous television shows cartoon appearances and comic books. Now he makes his big screen debut in Justice League along with more superheroes! You will receive a full suit